October of parish entries for the Doctrinary Fathers in Salerno, Turin and Rome.

In Salerno, on 3 October, during the 10.30 mass, Father Rocco Caruso took over from Father Franco Mangili in the parish of Santa Maria dei Barbuti in Fratte. Msgr. Andrea Bellandi, archbishop of Salerno-Campagna-Acerno presided over the celebration, with a large participation of the parishioners, of the confreres of Father Caruso who in the city of Campania are present, as well as in the parish, also in Pellezzano, of the superior general Father Sergio La Pegna.
Grateful and joyful faces on October 10 in Turin, where the parish community of Gesù Nazareno, during the 11.30 mass, welcomed the new parish priest, the Doctrinary Father Andrea Marchini. Don Sabino Frigato, vicar of the Bishop for consecrated life, after reading the decree of appointment, brought the wishes of Msgr. Nosiglia, archbishop of Turin and Susa: «This is a moment of joy and solemnity: pastoral continuity is the sign of the unity of the Church. Welcome to Jesus Nazarene, he supports the community in facing the new pastoral and educational challenges, with particular attention to young people and families, continuing the work of yours predecessor».
After the renewal of the priestly promises, Father Andrea presided over the concelebration, with Don Sabino Frigato, the confreres who support him in the parish, the Superior General of the Doctrinaries, Father Sergio La Pegna, Father Paolo De Leo, the predecessor, Father Ottorino Vanzaghi, and Father Lorenzo Curti, rector of the Shrine of Our Lady of Lourdes of the Marist fathers, on the territory of Gesù Nazareno.
Before the final blessing, Father Marchini said to the parishioners: «I have returned to walk together towards the Lord, in leading each other to Him».
Sant’Andrea apostolo in Rome welcomed the new parish priest Ottorino Vanzaghi on Saturday 23 October. At the end of the 6pm mass, presided over by Msgr. Guerino Di Tora, auxiliary bishop of the Northern Sector of the Diocese of Rome , Father Ottorino greeted those who accompanied him during his first Roman experience as assistant pastor between 1994 and 1998, then saying to the parishioners: «Take care of me, so I don’t do too much damage. Today we are many, adults, nuns, young people, children and teenagers and then (quoting the Gospel of the XXX Sunday in Ordinary Time) I invoke: “Master, let me see again”, that we are able to see with new eyes how many things they are beautiful in each of us, because we see well when we look in the light of God». 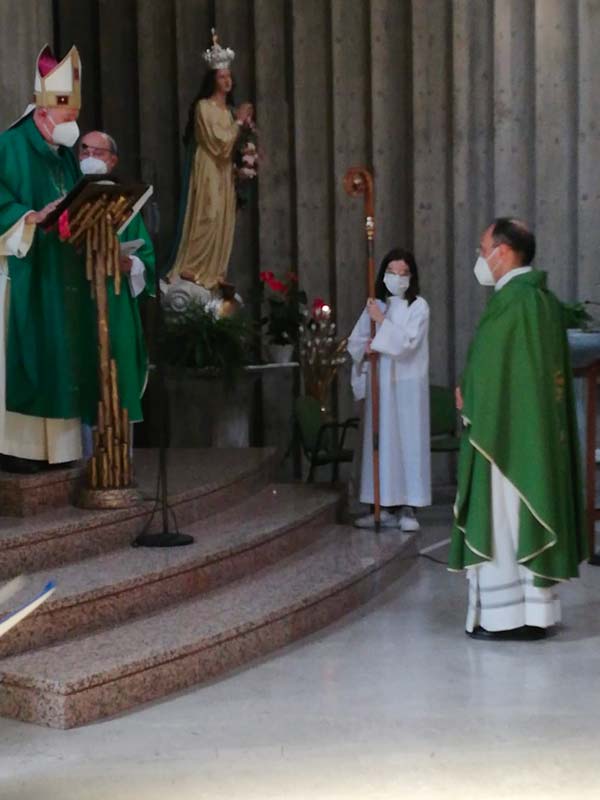 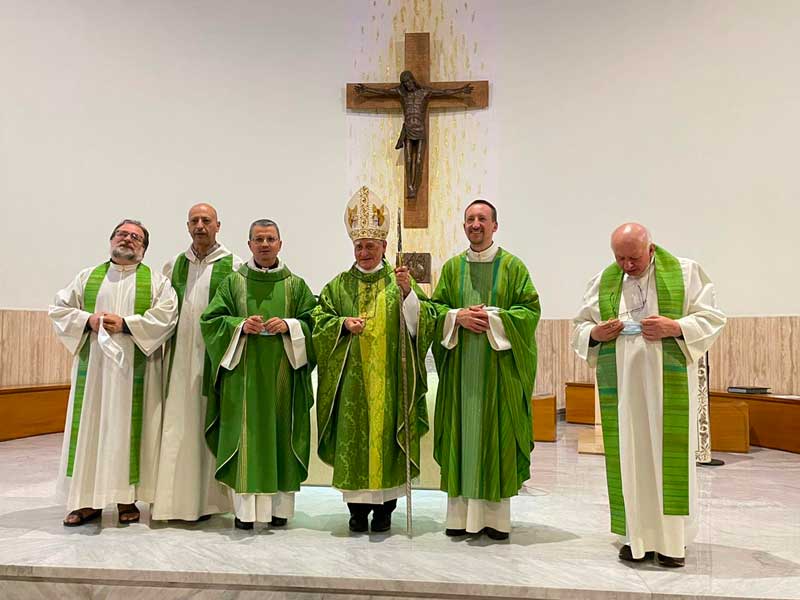 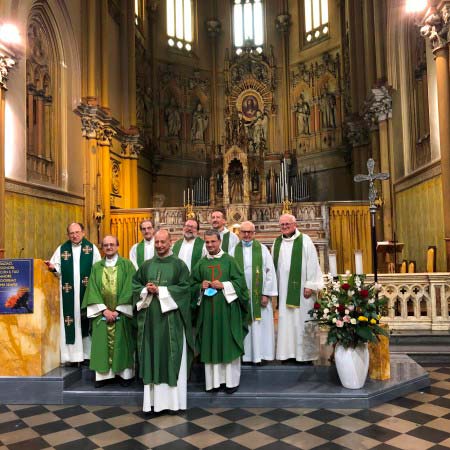 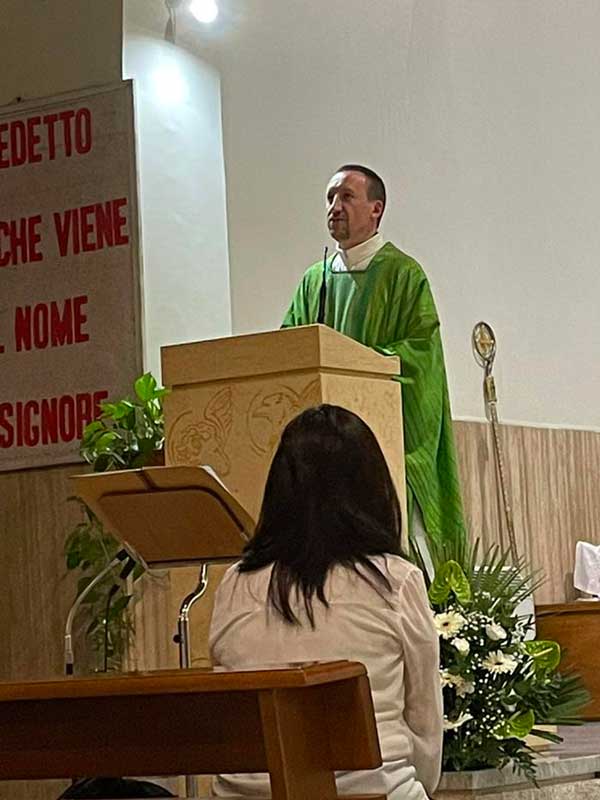