Before 1789, the Fathers of Christian Doctrine had 64 houses, colleges or seminaries in France, 29 of which were in the province of Avignon alone. The French Revolution marked the end of the presence of the Doctrinaires in France. It was not until 1966, after several attempts, that the Doctrinaires returned to France.

Two Fathers, Claudius Bouchot and Eustace Felix, martyrs in September 1792, were beatified by Pope Pius XI in 1926. To their name should be added that of Father Joseph Raoulx, born in Graveson and Assistant General of the Congregation, guillotined in Paris in 1794, whose process of beatification is underway. Worthy disciples of Father César, the three Doctrinaires , belonging to the same community in Paris, offered their lives in fidelity to Jesus Christ, to the Church and to the Congregation, becoming “living catechists”. 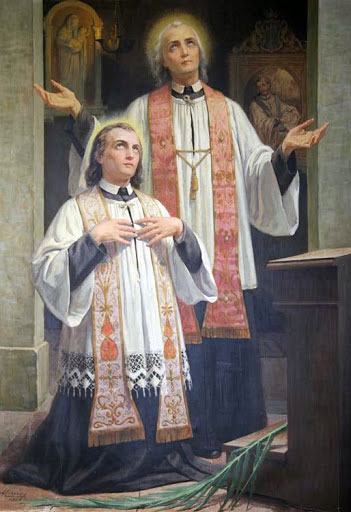 1676 the General House of the Congregation was transferred from Saint John the Elder in Avignon to Saint Charles Borromeo in Paris. From that date until the French Revolution, this last House was the center of the Congregation. When the Revolution broke out, the Superior, Father Claudius Bochot, and the bursar, Father Eustace Felix, managed to save most of the brethren. When the revolutionaries arrived, all those who did not subscribe to the “Civil Constitution of the Clergy” were arrested, deported and killed. This is what happened to the two fathers who were taken to the Seminary of San Firmino, in the meantime transformed into a prison. The Abbot of Salamon, an eyewitness who miraculously escaped the massacre that took place during the night of September 1 to 2, recounts: «The other prisoners who were already at the Abbey were told that they had been slaughtered at the Convent of Carmel. At this news, everyone threw themselves at the feet of the Curé of Saint Jean au Gréve, asking him with great compunction for absolution in articulo mortis. That holy man, after having prayed for a moment in silence, urged us to recite the Confiteor and make an act of faith, contrition and love of God; after which he very devoutly gave absolution. The Curé told us: “We may consider ourselves as sick people in agony, but since we retain reason and full knowledge, we must not omit anything that may merit God’s mercy. I will recite the prayers of the dying, join me, that God may have mercy on us.” He began the Litany, to which we all responded with fervor. The tone with which this worthy priest pronounced the first prayer, which begins: “Depart from this world in the name of God the Father Almighty…” moved us to tears; almost all of us wept. Everything was prepared for the horrible massacre; we were close to the fatal hour. They brought us our meal; it was two o’clock; we heard the roar of the alarm cannon… One of us, restless, agitated, went to a window; he saw soldiers in the courtyard of the palace and asked why the alarm cannon had sounded. – Verdun is taken by the Prussians – was the answer. This was a lie; Verdun did not fall until a few days later. Everyone knows now that the roar of the alarm cannon must have been the signal for a massacre on that bloody day. The assassins had the order to begin the killing at the third shot».

The decree for their beatification tells us that they were killed inside the House, or thrown out of the window onto the street, where there were fierce women who rushed on the priests to beat them to a pulp with sticks; not content with that, they climbed onto the carts where the bodies were laid out and trampled them, cut them to pieces and proudly showed their limbs to passers-by shouting “Long live the Nation”.

Very little is known about the lives of these two Doctrinaires. Father Claudius Bochot was born in Troyer, in Champagne, on July 13, 1720 of Eustace and Elisabeth Léger. He entered the Novitiate of the same House of Saint Charles on October 10, 1740 and made his profession on October 16, 1741. In 1759 he was Rector of the College of Noyer and then moved to the House of Saint Charles, where he was elected Rector several times, the last one from 1789 to 1792.

Father Eustace was also born in Troyer, on April 24, 1736. He entered the novitiate of the Congregation in Paris on May 20, 1757. After having been in various communities, Vitry-le-François, Chaumont-en-Bassigny, he returned to the House of Saint Charles, with the office of Procurator, which he held until his imprisonment in 1785. As a discreet, he participated in the Provincial Chapters of 1786 and 1789. During the latter he was elected Councillor of the Province. As such he signed, on October 11, 1791, the last deliberation taken by the Doctrinaires of Paris. Both fathers are remembered for their exemplary lives, all spent in the exercise of their sacred ministry for the benefit of their brothers. Their humility and charity stood out: two qualities that form the apostles and enable them to provide spiritual and material help wherever the need arises.

The places where these massacres took place soon became a place of pilgrimage, where many people went to pray in honor of the immolated priests. Fathers Claudius and Eustace were beatified, along with 189 other martyrs of the French Revolution, on October 17, 1926. The liturgical feast was set for September 2.

The servant of God Giuseppe Raoulx and father Sebastiano Dubarry 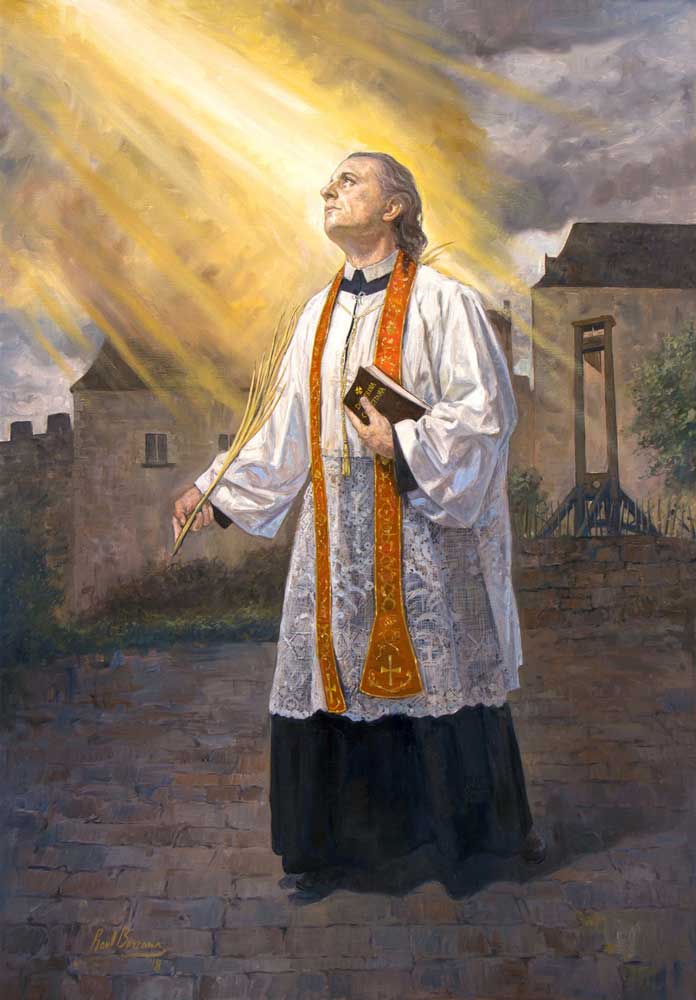 When the French Revolution flared up in 1789 Father Raoulx refused to sign the oath for the “Civil Constitution of the Clergy” and went into hiding for fear that he too would be killed in the massacre of September 1792. He changed his name, turned to commerce, and avoided exercising ministry in the light of day. However, he fell into a trap set by his accuser and was recognized: he asked the Servant of God a question in terms of blasphemy against Religion and Christ the Redeemer, Father Joseph replied animatedly and proved to be a priest. He was imprisoned in St. Lazarus Prison on charges of refusing to take the oath and being found in possession of a book “Devotion put in accord with the oath of equality” which mocked priests who took the oath. In prison he led the life of a religious community with hours set aside for prayer, readings and other pious exercises, he addressed his companions talking about the need to prepare for death. When he was summoned before the tribunal he thanked Heaven because he was allowed to die for his God. Condemned to death on July 25, 1794, he was guillotined the same day. He asked to be guillotined last in order to give absolution to his companions, so that in the last hours of his life, he could resume his priestly duties exhorting and encouraging the condemned. In the same group was also guillotined the famous poet Andrea Chenier, 32 years old. Father Raoulx was born in Graveson, between Avignon and Tarascon, on August 17, 1737. He had entered the Congregation of the Fathers of Christian Doctrine at the age of sixteen and by 1789 was Assistant General for the Province of Avignon and enjoyed a reputation as a distinguished preacher.
His process of beatification, along with a large group of other religious, was completed in Paris. Now, at the Congregation for the Causes of Saints, the beatification is awaited. 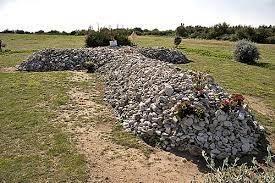 In 1794, over 800 priests and religious were embarked on two old ships which remained anchored in the mouth of the Charente River, opposite the island of Aix. Among them also the doctrinaire Father Sebastiano Dubarry, sentenced to maritime deportation. They lived through a hell of suffering and after five months of unlivable detention there were 547 dead.
On the beach of Madame Island, in the estuary of the Charente river, pilgrims placed a pebble cross on the place where many martyrs were buried, symbolically indicating their tomb.
Father Sebastiano Dubarry died on 25 August 1794, at the age of 31: he is awaiting beatification.