Lay Doctrinaries in Burundi and a catechism house

Next
Lay Doctrinaries in Burundi and a catechism house 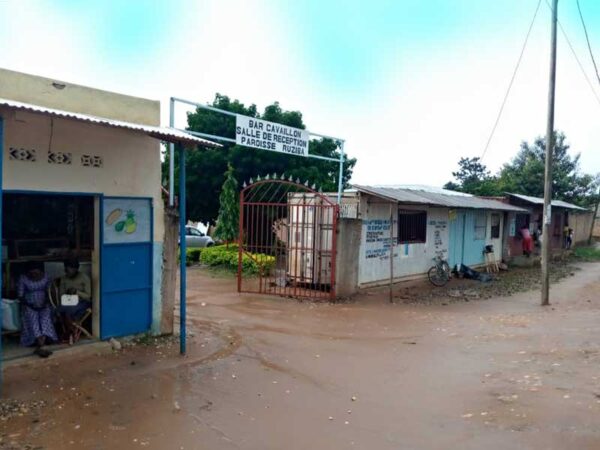 Bar Cavaillon, along the Bujumbura-Rumonge road, where the catechism room dedicated to Father Luciano Mascarin, who brought the Doctrinary Fathers to Burundi in 2006, will be set up.

Following in the footsteps of Father Cesare De Bus, who will soon be canonized, his successors in Burundi welcome many lay people into the doctrinal family. In Bujumbura the Fraternity of the Word groups are active for young people, with 12 members, for adults, with 29 members and the Doctrinary Family Movement with 6 families.

In Gitega the Fraternity of the Word group has 22 people, while in Ruziba it will soon be enriched with the members of the choir of the parish named Father Cesare. As foreseen by the Rule of Life, each Group chooses its representatives and sets the appointments for the monthly meetings. On April 15, for the first time, lay Doctrinaries took part in the feast of Blessed Father Cesare de Bus.

A room for catechism will be dedicated to Father Luciano Mascarin – Superior General of the Congregation from 1994 to 2006, who started the doctrinary mission in Burundi in 2006 at the end of his service as Superior – where to accompany children and train catechists and guarantee moments of meeting and prayer to the lay doctrinaires.
The hall could be built on the land of the Bar Cavaillon, near the Bujumbura-Rumonge road. A room will be attached to the hall where catechism books, liturgical objects or popular piety objects will be placed: rosaries, statues of the saints and booklets on their lives.
A tribute and thanks to FatherLuciano Casarin, who on the day of his funeral was remembered with these words: «a man of God, a man of the Church, a true missionary».