A bishop in the Italy united a little more than forty years ago; in the South that was facing the twentieth century among strong tensions and social disparities. “Angelo Struffolini (1853-1917). Doctrinarian , catechist and bishop of the new century” is the title of the book by Angelo Giuseppe Dibisceglia, professor of Church History at the Salesian Pontifical University (Rome) and at the Apulian Theological Faculty (Bari), published by Edizioni Dottrinari, out now in bookstores and on the main bookstores.

«Struffolini – writes Dibisceglia, analyzing the different aspects of the figure of the priest, pastor of the then united dioceses of Ascoli Satriano and Cerignola from 1901 to 1914 –was a bishop capable of merging ‘in unum’ the ancient ecclesial commitment of ‘being’ in church with the renewed responsibility of ‘being’ Church suggested by the magisterium of Pope Leo XIII. In this regard, starting from an affirmation of the venerable Don Antonio Palladino, who qualified his bishop as a “true disciple of the Ven. Cesare de Bus, of the Ven. Don Bosco, true interpreter of the Eucharistic thought of the Pope of the SS. Sacrament’, the book develops a thematic biography, deepening the multiple expressions of Struffolini’s activity that emerge from the commitment carried out among the benches of the Benevento Episcopal Conference, from the pages of the numerous pastoral letters, from the attention for the romanitas that inhabits the acts of the pastoral visit and the writing of the relatio ad limina, without forgetting his effective work among the ranks of the Congregation of the Fathers of the Christian Doctrine».

A historical analysis aimed at highlighting that «Struffolini was not a bishop who was foreign to the difficult matter of contemporary life – writes Father Sergio La Pegna DC, Superior General of the Congregation of the Fathers of Christian Doctrine, founded at the end of the 16th century by Blessed César de Bus, now close to canonization, of which Struffolini was first Secretary and then Superior General –. In fact, he did not enclose his own being as a bishop within a secure and tranquil theological disquisition, but immersed himself in the arduous mission of denouncing the evils of society, indicating useful paths to follow and strategies to implement in order to confront and, possibly, overcome the multiple and articulated obstacles that had been fomenting, for decades, the relationship between the Church and society».

Luigi Renna, Struffolini’s successor on the cathedra, today, of the only diocese of Cerignola-Ascoli Satriano writes in the preface: the study on Struffolini, «remarkable for the contextualization of the formation, of the ministerial activity of a Doctrinarian father, and of the apostolic activity in the government of the dioceses of Ascoli Satriano and Cerignola, must be understood in the process of the epochal changes that distinguish the passage between the 19th and 20th centuries. The careful analysis of the sources – concludes Bishop Renna – allows us to have a complete picture of the cultural climate, of the attention to the res novae of the pontificate of Leo XIII and of the reform prepared by Pope Sarto, of the activity of the Sacred Congregation of the Council in which the expertise of the ‘learned and holy’ Angelo Struffolini grew». 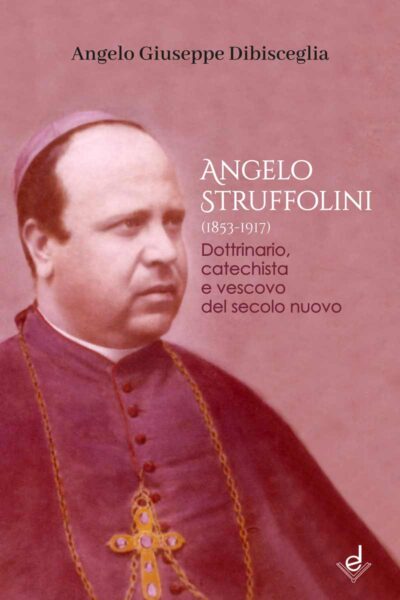 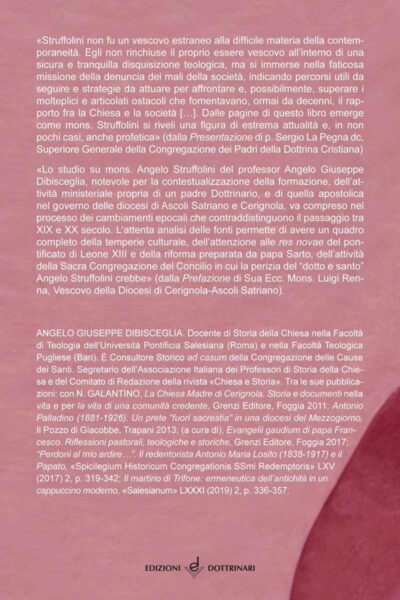