Catechism? Of course, but in the family

Previous
Catechism? Of course, but in the family

The proposal is very innovative, albeit demanding: from «Wednesday Luca doesn’t play volleyball, I’ll take him to catechism» to: «We’re not here on Sunday, we’ll do catechism». Imaginary dialogues between parents in Turin and Rome. In the two parishes that the bishops have entrusted to them, Jesus of Nazareth and Saint Andrew the Apostle, the Doctrine Fathers propose family catechesis in preparation for the sacraments of first Confession and first Communion.
An experimentation that began in 2013 in Turin, which is now consolidated. Families – including younger and older brothers and sisters – meet one Sunday a month. They attend mass and then stop in the parish. A community game and then the parents-catechists, supported by a priest, live with their children the activity prepared to get to know Jesus well, focusing a lot on participatory animation, in order to make known the Words of Jesus and what he offers to each of us, his friends, to live our lives as Christians.
The community lunch cements fraternity, and then again the game to have fun together, and other moments of prayer and catechesis before saying goodbye with a homework assignment. We will meet again, in groups of 3-4 families, one evening in the same month to have dinner together and return to the theme of catechesis.

Parents have the honor of being the catechists of their own children and of others, as they pledged to do during their children’s Baptism, and the burden – but also the possibility – of forming themselves, always with the help of a priest, to be better and better. Alessandro Ponte, with his wife Silvia Appendino, has been living the experience of family catechesis in Turin since 2013, because they lived it with all six children who gradually began the journey towards the Eucharist.

«Regardless of the way the family catechesis counts – explains Alessandro -, the afternoon catechism with frontal “lessons” does not work; so instead boys and girls learn to recognize the Church as a welcoming community, in which to experience Jesus, with joy and where they are an active part. At first the families were perplexed, because parents are called to a responsible and participatory commitment, but over the years it has been understood that it is an opportunity for fathers and mothers too. Preparing to be catechists for your children, committing yourself with other parents, allows you to continue, or to begin, even in your own journey of faith, to grow together in formation».
Alessandro is not afraid to say that the moments in which we play and eat together are fundamental «preparing the food, consuming it together, it facilitates acquaintance, you make friends, thus the desire to have experiences together is also born», so much so that many couples, after having experienced family catechesis, decide to always commit themselves to catechesis or in other pastoral sectors, in the parish or in other ecclesial realities.
Father Andrea Marchini, in his second year as parish priest at Gesù Nazareno, strongly believes in this proposal which involves over thirty families, as does Father Ottorino Vanzaghi who had launched it in Turin and is now proposing it in Rome, where about fifty families have joined . Both following in the footsteps of St. Cesare de Bus, founder of the Congregation of Doctrine Fathers, who knew how to invent new ways of proposing the Catechism at the end of the 1500s and whom St. Paul VI – beatifying him on 27 April 1975 – pointed to the Church as a model for catechists , while Pope Francis, proclaiming him a saint on May 15, 2022, recalled the “holiness of those who offer life without self-interest with a joy that has no comparison”.
Family catechesis can take root in the Church today, in fact the auxiliary bishop of the northern sector of the diocese of Rome, mgr. Daniele Salera, asked Father Ottorino Vanzaghi for information because he is thinking of proposing similar forms of Family Catechesis in other Roman parishes. From a small seed… 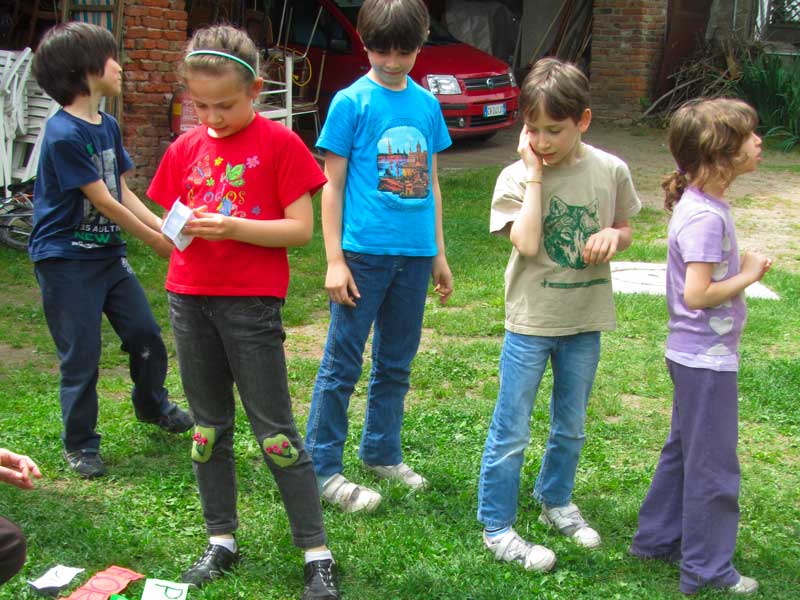 Children of Jesus of Nazareth during family catechesis 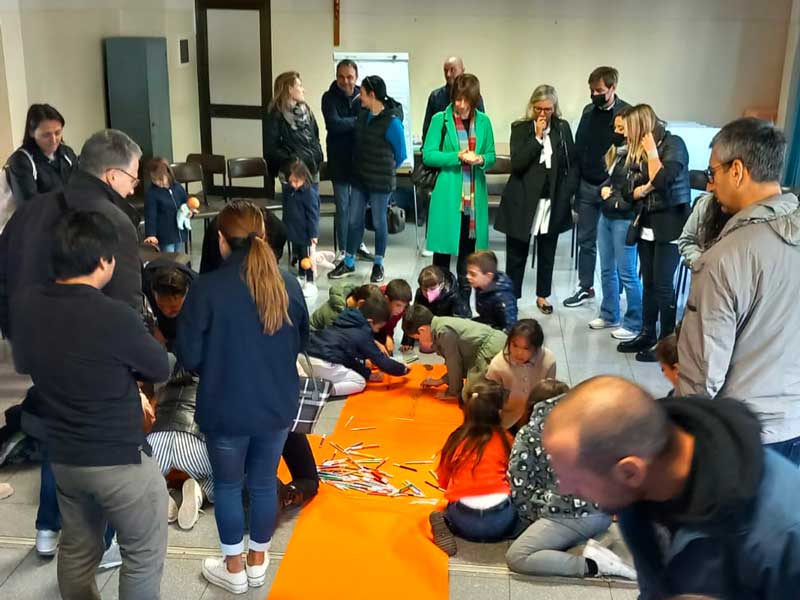 Families of Saint Andrew during the catechesis 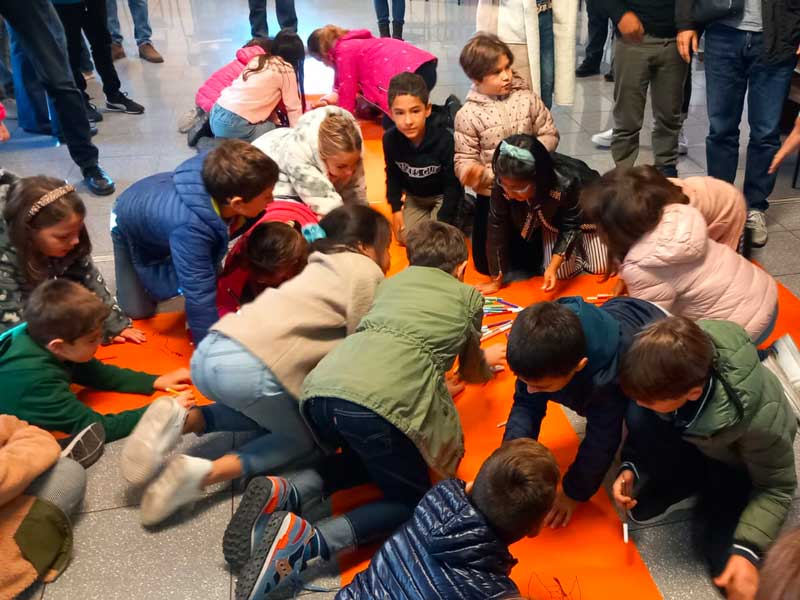 Children and catechesis in Sant’Andrea 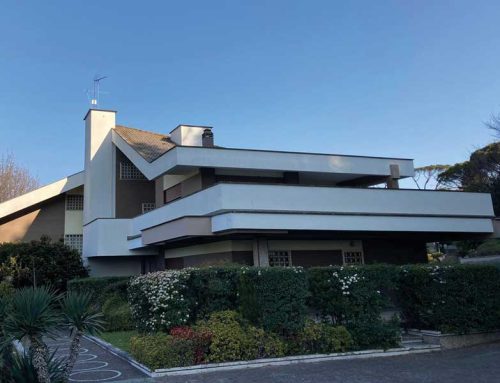 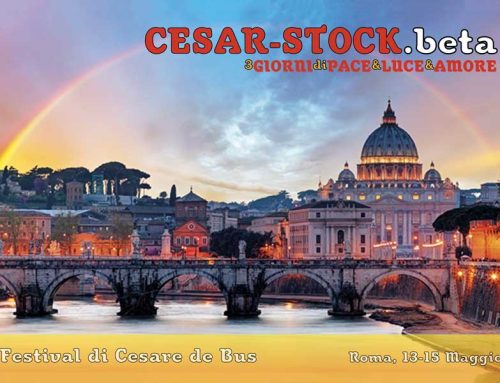 Youth Vocation Ministry for Italy and France with “Cesar-Stock” Gallery

Youth Vocation Ministry for Italy and France with “Cesar-Stock” 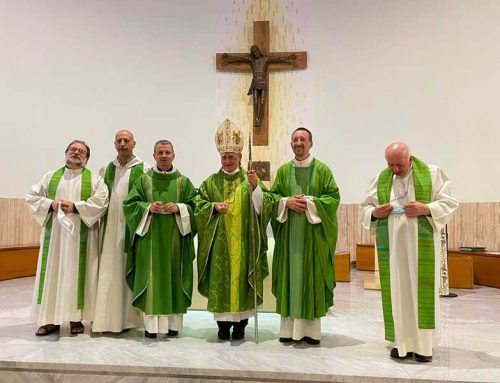 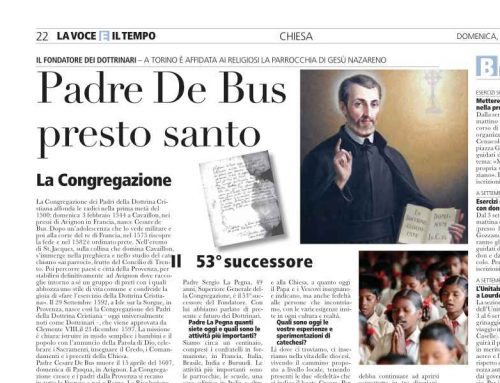 Cesare De Bus, the holy catechist founder of the Doctrinaries